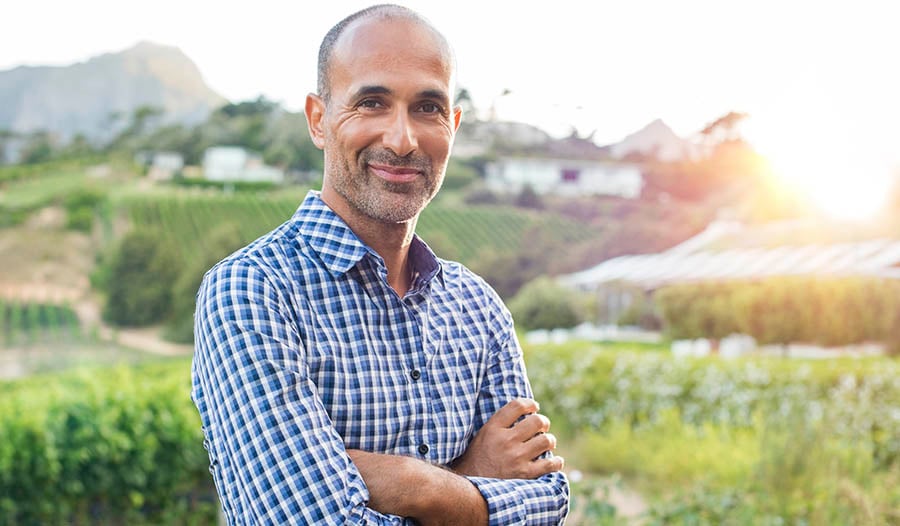 The prostate gland is crucial to men’s health. In fact, the word itself is Greek in origin and defined as “one standing before” or “protector”. Positioned between the bladder and the colon,  the prostate's main function is to secrete a clear, alkaline fluid to help transport sperm during ejaculation. The alkalinity helps to neutralize the acidity of the vagina, protecting the sperm and increasing the chance for fertilization to occur.

The prostate can become infected, a condition called prostatitis. When the prostate is enlarged, it is referred to as BPH (Benign Prostatic Hyperplasia). If cancer cells are detected within the prostate gland, prostate cancer is diagnosed.

Bacteria can invade the prostate and cause an infection with symptoms similar to a urinary infection, in many cases. A man who has an infection will acutely notice difficulty urinating and may have some burning and trouble emptying the bladder. Treatment usually includes a two-to- eight-week course of antibiotics, depending on the severity.

As many men age, their prostate gland will enlarge over time. Those affected may notice difficulty urinating, and many men with BPH awaken as many as five times each night with the urge to go. Symptoms may also include difficulty initiating urination with dribbling of urine upon completion. The simple fact of arising multiple times during the night can obviously make getting a good night’s sleep difficult. Fortunately, there are several things a man can do to minimize the swelling of the prostate.

From a lifestyle perspective, eating healthy foods such as whole grains and organic fruits and vegetables is beneficial. Avoiding caffeine and alcohol, or at least keeping it to a bare minimum is advised and may be beneficial for some. Prescription and over-the-counter medications are also taken—these include 5HT reductase inhibitors (finasteride, dutasteride) and alpha-blockers (terazosin, doxazosin, tamsulosin). These medicines work quite well for the majority who take them. Like all medicines, side effects can cause some to discontinue their use.

For those who still have difficulty in spite of trying various strategies, surgical intervention may be an option. However, side effects of surgery may result in urinary incontinence, permanent impotence, and erectile dysfunction.

As common as BPH is, the good news is that there is no evidence that it puts a man at increased risk for developing prostate cancer. And medication is not always necessary—there are supplements that can help shrink the prostate, too.

Cancer of the prostate affects one in six men and causes 10 percent of all cancer deaths. Worldwide, 1.6 million men are diagnosed with prostate cancer, and 366,000 men die of prostate cancer every year. It is so common that an estimated 90 percent of men over age 90 show evidence of microscopic prostate cancer. However, it is unlikely to be a cause of death for men in this age group, as dying of heart disease and natural causes is more likely to occur before death from prostate cancer.

Ask most men over 50 how a prostate exam is done, and he will tell you, usually with apprehension, a fearful look, or with a smirk on his face. While a blood test for a prostate-specific antigen (PSA) may be ordered, the physician’s gloved index finger is the best way to identify those at risk for prostate cancer. If a nodule or abnormality is felt, the physician may recommend a prostate ultrasound and biopsy to rule out the presence of cancerous cells.

While this test may be uncomfortable, it is an important part of a complete health physical for those at risk or with symptoms.

A 2017 study showed that those who consume the most saturated fats also are at increased risk for prostate cancer. Saturated fats are found in foods such as butter, cream, whole milk, cheese, lard and processed meats such as sausages and salami.

Lycopene is a food nutrient that is beneficial for prostate health. Food sources of lycopene include tomatoes, watermelon and pink grapefruit. A 2018 study in Nutrients concluded that Vietnamese men with a higher intake of tomatoes and lycopene had less prostate cancer. A 2017 meta-analysis study of 692,000 people concluded that those with higher levels of lycopene were less likely to develop prostate cancer and, lastly, a 2018 study showed those with the highest intake of tomatoes were 19 percent less likely to develop prostate cancer when compared to those who consumed the least amount. Suggested dose: As directed on the label.

Omega-3 essential fatty acids consist primarily of, particularly, eicosapentaenoic acid (EPA) and docosahexaenoic acid (DHA). A 2014 study in Nutrition Journal showed that the majority of Americans do not consume enough essential fatty acids in their diet. These important nutrients can be found in a variety of food sources, which include fish (mackerel, cod, and salmon are among the richest), walnuts, chia seeds, flax seeds, hemp seeds, avocado, and natto.

Another study in 2017 showed that those men on prescription prostate medications (finasteride and tamsulosin) for an enlarged prostate or BPH who took omega-3 fatty acids, had improved urinary flow when compared to the men on the medications alone.

A pumpkin, also known as a winter squash, is related to the summer squash and belongs to a class of foods known as Cucurbita pepo. For centuries—the domestication of the pumpkin goes back to more than 7,000 years ago, to what is now Southern Mexico—it has been believed to have health benefits for the bladder, kidneys, and prostate. Science is now confirming this plant has prostate health benefits.

As men age, many will experience symptoms related to an enlarging prostate, a condition doctors call BPH or benign prostatic hyperplasia. Symptoms include difficulty emptying the bladder, urine dribbling, reduced urine flow, and urinary frequency. There are prescription medications available to reduce symptoms, however, many prefer to try a more natural approach. Saw Palmetto (Serenoa repens) is an herbal medication that studies show may be helpful.

A 2002 study by Cochrane Database concluded that Saw Palmetto provided mild to moderate benefit in urinary symptoms and improved urine flow. Countering this, a 2009 study showed Saw Palmetto by itself was not more effective than a placebo.

However, a 2017 study that lasted 12 months did show benefits to urine flow in men who took Saw Palmetto when compared to those men who were not treated. There are also studies which show that Saw Palmetto, when taken in combination with selenium and lycopene, is more effective than Saw Palmetto alone. I have noticed that about half the patients I recommend this herb to notice improvement in prostate symptoms. There is also evidence that those who take Saw Palmetto in addition to the prescription medication finasteride have additional benefit.

Suggested dose: as directed on the label

Foods containing vitamin E have beneficial effects not only to the brain and heart but also the prostate. These foods include almonds, pumpkin seeds, sunflower seeds, spinach, kale, and avocados. A 2015 study showed those who consumed higher amounts of vitamin E-containing foods had lower risk for aggressive prostate cancer.

Spending 20-30 minutes in the sun allowing one’s arms and legs to get sunlight can help many self-generate adequate vitamin D. However, depending on the season and one’s geography, even that may not be enough. For most, a vitamin D supplement is advised. Suggested dose: 1,000-5,000 IU daily

According to the Journal of Nutrition almost 45 percent of Americans have inadequate intake of zinc in their diets. Worldwide, more than 15 percent of people are zinc deficient. Zinc appears to play an important role in overall prostate health, and those with healthy prostates have higher levels of zinc when compared to those with prostate conditions.

A 2011 study in the Indian Journal Of Urology concluded that those men with lower zinc levels in their blood had increased risk for benign prostatic hyperplasia (BPH) and prostate cancer. A 2016 study, in addition to others, confirmed the importance of healthy levels of zinc play in the maintaining optimal prostate health. A quality multivitamin has zinc while others take a separate zinc supplement. Suggested daily dose is 25 to 50 mg of zinc. Learn more about the health benefits of zinc.

Enteric Coated peppermint oil has been shown to be quite helpful in improving gastrointestinal function in individuals suffering from the irritable bowel syndrome (IBS) - a common functional disorder of the large intestine characterized by some combination of: (1) abdominal pain, (2) altered bowel function, constipation, or diarrhea, (3) hypersecretion of colonic mucus, (4) dyspeptic symptoms (flatulence, nausea, anorexia), and (5) varying degrees of anxiety or depression.

Your colon is one of the most important organs for overall health. A naturopathic doctor offers tips for keeping your colon and digestive system healthy.

Worldwide, it is well established that men will die at a younger age than their female counterparts. In some countries, the gap can be a close as a year while in others, like Russia for example, men will die almost 12 years before their female peers. Taking positive healthy actions is a step in the right direction to optimize men’s health and minimize this discrepancy.