9 Natural Ways to Enhance Your Mind 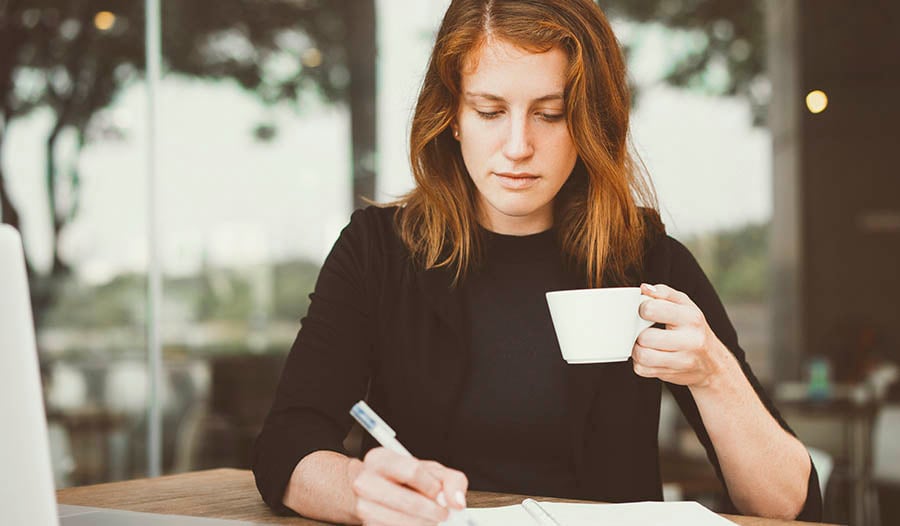 Nootropic is a term used to describe so-called “smart drugs” or “smart supplements”  that can improve cognitive function. According to a 2016 study in Evidence-Based Complementary and Alternative Medicine, nootropics can improve memory, alertness, creativity, and attention.  While there are prescription drugs considered nootropics, many prefer supplements, which may be a better and safer option to optimize brain performance—in today’s competitive world, many are also searching for a way to keep the brain strong and hopefully prevent age-related, progressive diseases, like as Alzheimer’s disease, dementia, and others.

Pharmaceutical drugs frequently used to help improve memory and alertness include amphetamines, which are used for Attention Deficit Disorder. Also, modafinil, a treatment for sleep apnea, narcolepsy and shift-work sleep disorder. It's important to note that these drugs are not without side effects and may increase nervousness, heart palpitations, insomnia, and blood pressure. They must be prescribed by a physician.

Out of concern for side effects and due to the higher cost of pharmaceutical drugs, many choose more natural approaches to optimize brain function. There have been around 20 nootropics identified, we will discuss 9 of the most popular.

The globe artichoke (Cynara scolymus) is rich in antioxidants and has numerous health benefits.  Related to daisies and sunflowers, the plant's largest producer worldwide is Italy, followed by Egypt, Spain, and Argentina.

Studies show artichoke has anti-cancer properties and can also help protect the liver from toxins.  Traditionally grown in Mediterranean countries, its consumption can be traced back to the Greeks and Romans millennia ago. Artichoke extract is rich in caffeoylquinic acids, flavonoids, and luteolin, which all have brain-enhancing properties. A 2018 study in Neurochemical Research showed that luteolin could help reduce inflammation of the brain and help preserve memory and brain function.

Traditionally used in Ayurvedic medicine for its memory enhancing benefits, Bacopa monnieri has become more frequently used over the last decade outside India, due to studies showing its effectiveness.

A 2012 study in Evidence Based Complementary and Alternative Medicine concluded: “…that Bacopa monnieri can improve attention, cognitive processing, and working memory…”

In addition, a 2014 meta-analysis study (a study that looked at several studies combined) concluded that “Bacopa monnieri has the potential to improve cognition, particularly speed of attention”. Similarly, a 2016 study concluded that a “statistically significant improvement was seen in the tests relating to the cognitive functions with use of Bacopa monnieri.”

Suggested dose:  As directed on the label.

Forskolin is an herb used in Ayurvedic medicine. Traditionally grown in Thailand, Nepal, and India, this herbal extract comes from the plant called Coleus forskohlii, which belongs to the mint family. Forskolin increases the body’s levels of what scientists call cyclic AMP (cAMP), an important chemical that helps cells to communicate and send messages to one another.

A 2013 study demonstrated that forskolin increased certain proteins in the brain that help increase brain cells to regenerate, improving memory. A 2017 study in Neural Regeneration Research demonstrated that forskolin could help protect the brain against nerve degeneration and damage from toxins. A separate 2017 study using mice showed forskolin could be helpful in preventing memory loss.

This tree leaf is one of the most studied herbs and is believed to have brain-boosting benefits—  since 2008, more than 1700 scientific studies have been conducted. Ginkgo is considered by some to be a “living fossil” and has been found in rock layers dating back 270 million years.  Native to China, it is frequently taken by those with memory issues, including Alzheimer’s disease, to help improve mental sharpness.

A 2014 study in Phytomedicine concluded that Ginkgo biloba could be helpful and improve memory in those undergoing conventional treatment for Alzheimer’s disease. In addition, a 2017 study showed that in those with dementia, behavioral and psychological symptoms were improved when given Ginkgo biloba. Lastly, a 2018 study demonstrated that ginkgo biloba helped protect the hippocampus—the part of the brain involved in both short-term and long-term memory formation—from oxidative damage.

Initially, some were concerned that ginkgo may increase one’s bleeding risk, but a 2011 study in Pharmacotherapy evaluated 18 studies, which included almost 1900 adults, showed there was not an increased risk of bleeding when taken. Ginkgo is generally considered safe.

Gotu Kola, also known as Centella Asiatica or Asiatic pennywort, is a green, leafy herbal vegetable commonly consumed throughout Asia. Related to carrots, parsley, and celery, this herb is rich in antioxidants, vitamin C, and B vitamins. It is used in traditional medicine for wounds and to help promote lactation. It has been called the “herb of enlightenment”, and its use is described in the ancient Ayurvedic and Daoist medical texts.

According to a 2014 study in the Journal of Alzheimer’s Disease, caffeoylquinic acids, the main ingredient found in Gotu Kola, can help protect the brain against amyloid deposits, which are believed to cause Alzheimer’s disease. Additionally, a 2017 study in Neuroscience Letter also showed the active ingredient in Gotu kola improved the nerves of the brain and helped preserve memory.

L-Theanine is an amino acid commonly found in green tea.  It is also available as a nutritional supplement.

A 2009 study concluded that  “... L-theanine may be useful in the prevention and treatment of Alzheimer’s Disease” while a 2014 study in the International Journal of Neuroscience showed the L-theanine could protect the brain against nerve cell damage. A 2017 Nutrients study evaluated 95 test subjects. Half were given an enriched protein bar that contained a small amount of caffeine (about the equivalent in ¼ cup of coffee) and L-theanine, in addition to vitamins and minerals. The other half were given a bar without these nutrients. The results showed the caffeine and L-theanine mixture could improve alertness and cognitive function when consumed.

Turmeric, also known as Curcuma longa and Indian saffron, is a rooted plant of the ginger family, often consumed for its anti-inflammatory, anti-oxidant, and digestive health properties. Curcumin, the main chemical found in turmeric, is believed to provide many of the health benefits. While turmeric has been used as a spice to enhance food for over the past 4,000 years, the plant has played an important role in medicine. Today, its use continues to be researched as an alternative treatment approach for many common illnesses, injuries, and chronic diseases.

When it comes to brain health, Dr. Dale Bredersen of UCLA and author of the 2017 book The End of Alzheimer’s considers turmeric an important part of improving symptoms of dementia and Alzheimer’s. Additionally, many scientific studies show proof of its usefulness. One study showed that turmeric may play a role in decreasing amyloid plaque buildup in the brain—build up of this material in the brain is the cause of Alzheimer’s disease.

A 2017 study in the Journal of Alzheimer’s Disease concluded that turmeric could also play an important role in preventing memory loss. There is much excitement surrounding turmeric’s possible role in preventing mild cognitive impairment and ultimately Alzheimer’s disease. It should be considered an essential supplement for anyone wanting to optimize memory and brain performance. Caution: Turmeric may increase bleeding risk for those on blood thinners. Consult with your physician prior to taking.

Suggested dose: 500 mg once daily or up to four times per day.

The plant, Panax ginseng, has a great number of medical conditions for which it is taken. The origins of Panax ginseng start in Korea, and it has been used for over 2,000 years. It also grows in areas of China and Siberia. While there are other types of ginseng, the Panax ginseng is unique and should not be confused with other types, such as the American or Siberian ginseng.

Dementia is becoming more common as people are living longer. Ginseng may also be a tool added to one’s arsenal to help improve brain health.

In a study published in the Journal of Ginseng Research, researchers had one group take ginseng while the other group was given a sugar (placebo) pill. After a two-week period, the group taking the ginseng had significant improvements in their cognitive brain function. A 2015 study in the Journal of Ginseng Research also concluded that ginseng could help prevent brain deterioration. Those who want to optimize brain function and alertness may benefit from taking ginseng.

This word is probably not familiar, but chances are you consume xanthines daily or have at least had them before. An example of a xanthine is caffeine, most commonly consumed in coffee, tea, colas and dark chocolate. Scientists refer to caffeine as an adenosine receptor antagonist, which when activated, improves concentration, energy, and alertness. A 2010 study in the Journal of Alzheimer’s Disease showed that caffeine reduced the risk of Parkinson’s disease while a 2012 study in the same journal showed a reduction in dementia risk. Coffee is popular among those who want to increase their alertness at either work or while attending school. Learn more about the origin of coffee and its other health benefits.

Nootropics or “smart supplements” are a good option for those who want to optimize alertness, memory and cognitive function. A diet rich in colorful fruits and vegetable and routine exercise are also crucial for brain health. Avoiding environmental toxins and repetitive negative thinking patterns are also important in one’s quest of achieving a balanced mind. Eat healthy, think healthy, be healthy!

Previous Article
What is Dulse?
Next Article
Can Vitamins Help Prevent Bedwetting?

A naturopathic doctor explores how energy is created in the body and how to improve energy levels naturally.

How to Enhance the Benefits of Your Yoga Practice

More than a form of exercise, yoga is a way of life. An integrated system developed in Northern India over 5,000 years ago, yoga can transform the body, mind, heart and spirit. The word yoga comes from the Sanskrit work yuj—meaning to bind or yoke—and is frequently translated as “union.”

A rational approach to indigestion. The term indigestion is often used to describe heartburn as well as feelings of gas or bloating after eating, stomach pains, or fullness in the abdomen.