Here's Why Lactoferrin, a Protein in Milk May Have Powerful Immune Health Benefits 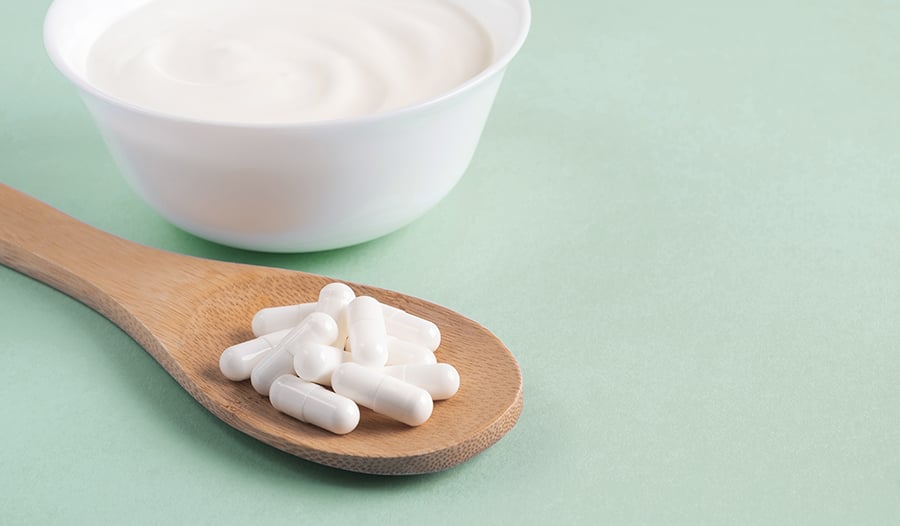 Scientists are rediscovering some critical natural immune enhancers with the explosion of focus on enhancing immune function. Lactoferrin is one of the most fascinating. It is a biological protein essential component of colostrum — the first nourishment of mammals.

Lactoferrin is critical in nourishing and protecting newborns from infection through its immune-enhancing and antimicrobial effects. Through modern filtering technology, lactoferrin is separated from cow’s milk and made into a dietary supplement called bovine (cow) lactoferrin.

Dietary supplements providing bovine lactoferrin are available from powdered bovine colostrum. But these products vary in concentration from 0.5 to 20%. Bovine colostrum products are available that are standardized to supply 20% lactoferrin and additional bioactive compounds to support the immune system, such as naturally occurring immunoglobulins G1 & G2 (IgG1, IgG2) and proline-rich peptides (PRP). Bovine colostrum must be low heat processed to preserve the biological activity of the immunoglobulins and lactoferrin.

Over the past three decades, there has been an explosion of research into the health benefits provided by bovine colostrum and lactoferrin. This article will focus on lactoferrin’s anti-infective and immune-enhancing effects.2

Lactoferrin is a compound from milk (lactose) and can bind iron (Ferrin). Initially, researchers thought that lactoferrin played a significant role in iron absorption in newborns. However, later research showed that it does not regulate iron absorption.

What Does Lactoferrin Do?

Research has shown lactoferrin to exert considerable biological activity via other means than those related to iron. Here are some of the critical functions of lactoferrin (both as produced naturally in the body or taken as a supplement):2

One of the first things that researchers discovered was that bovine lactoferrin is converted to compounds known as lactoferricins through digestion in the human intestinal tract. These compounds are even more potent than human lactoferricins.3

Lactoferrin is an integral part of the innate immune system.1 It is considered a first-line defense protein that protects against infection and inflammation. And it is imperative in safeguarding against upper respiratory and gastrointestinal infection. Lactoferrin is produced by the cells that line our internal surfaces and is found primarily in mucosal secretions of the respiratory, gastrointestinal, and vaginal tract, as well as in tears. Lactoferrin is also secreted by specific white blood cells when they are activated in areas of infection.

One of the interesting aspects of lactoferrin is that it exerts a variety of immune-enhancing effects and the added benefit of reducing the excessive inflammatory response seen in many viral infections (the so-called “cytokine storm” caused by unchecked immune activation). Researchers using various animal models (i.e., rats, sheep, pigs, and cats, as well as others) as well as human clinical trials have found bovine lactoferrin has direct effects on the regulation and modulation of the immune system. In particular, lactoferrin has shown an ability to impact the number of white blood cells, especially those known as “natural killer cells,” because of their ability to kill viruses and other microbes literally. Lactoferrin also increases key mediators of white blood cell function activity and expression.1,2,4,5

In one significant human study, the effect of oral administration of bovine lactoferrin vs. placebo was evaluated in patients after surgery.6 Those taking lactoferrin showed substantial improvements (e.g., the proliferative response of white blood cells, the production of important immune system regulators, and white blood cell counts). Perhaps the most exciting result from the study was that the data presented revealed increased immune responsiveness in all patients given lactoferrin. This result is significant as it suggests that lactoferrin may help prevent the common occurrence of post-surgical infections.

Lactoferrin Is an Antimicrobial

Lactoferrin demonstrates impressive action against virtually all types of viruses. It is truly an essential non-specific protector against viral infection. Lactoferrin inhibits viral entry into cells by primarily blocking their ability to bind to cellular receptors on the surface of host cells. Lactoferrin van also suppresses virus replication after the virus has infected the cell. This effect is very important, especially in the early stages of a viral infection.

Several studies have shown that bovine lactoferrin supplementation also helps control the growth of the bacteria Helicobacter pylori in the stomach. When H. pylori overgrow in the stomach lining, it can lead to stomach irritation and digestive disturbance. In one study, 151 H. pylori-positive patients with indigestion symptoms were given either standard medical treatment known as triple therapy using an acid-blocking drug and two antibiotics alone or with lactoferrin. H. pylori status was assessed eight weeks after the supplementation period and indicated a 95.9% eradication rate for the group getting the lactoferrin. In contrast, the triple therapy group had only a 72.5% eradication rate.7

The meta-analysis revealed significantly reduced odds of developing respiratory infections with bovine lactoferrin compared to the control group. Overall, the relative risk ratio was a 43% reduction. In addition, the individual studies also showed a significant decrease of common cold and other RTI tract symptoms and duration of symptoms.

Several of these studies used bovine lactoferrin-fortified infant formulas. For example, one study conducted in Japan with children 12–32 months old showed that the intake of lactoferrin (48 mg/day)-fortified formula for 13 weeks led to a significant reduction in respiratory and gastrointestinal symptoms. The total number of days having acute respiratory symptoms in the lactoferrin group was significantly lower than the placebo group (9.0 vs. 15.0 days).11

In an even more comprehensive study, 26 infants supplemented with lactoferrin (850 mg/L) for one year experienced significantly fewer lower respiratory tract illnesses, a 66% reduction over the year compared with the 26 regular formula-fed infants.15

The dosage of lactoferrin varies from one manufacturer to another and depends on an individual’s size and indication. Lower dosages are for general health promotion, children, and smaller individuals; higher dosages are for specific symptoms and adults. For maximum absorption, lactoferrin should be taken before meals or on an empty stomach.

Can lactoferrin be taken if people are lactose sensitive or allergic to milk?

It depends upon the source of lactoferrin. If it is a highly purified lactoferrin product, it can be taken with confidence by people with lactose intolerance or milk allergies. If the source is colostrum, it should not be used by people sensitive or allergic to milk.

Again, it depends upon the source of lactoferrin. A highly purified lactoferrin product is virtually free of iron (less than 180 mcg per gram). This form of lactoferrin is called “apolactoferrin” as it is free of iron. There may be some iron if using colostrum, but it is not a significant source.

Should bovine lactoferrin be taken as a preventive measure against infection?

Supplementation with bovine lactoferrin can support non-specific host defenses and overall immune health. It can be used as a preventive whenever the immune system is challenged. The same is true for bovine colostrum.

This article was written by Dr. Michael Murray, iHerb's Chief Scientific Advisor. For over three decades, Dr. Murray has been a thought leader, author, and expert in nutrition, dietary supplements, and natural products. He has published more than 30 books, including the bestselling Encyclopedia of Natural Medicine, now in its fifth edition, which has been used by over 100,000 health care professionals across the globe. Learn more about him on DoctorMurray.com or his iHerb Page.

16,036 Views
Here is a summary of some of the critical nutrients for supporting immune function, including new clinical data from the past year.

The Power of Synergy

8,547 Views
In regards to life, one of the most interesting phenomena, is the power of synergy. A simple explanation of synergy is when 1+1 does not equal 2, but something much greater. In terms of our health, what the research shows is a tremendous synergetic effect between diet, lifestyle, attitude, and supplementation.

This blog has not been approved by your local health department and is not intended to provide diagnosis, treatment, or medical advice. The content provided on this blog is for informational purposes only. Please consult with a physician or other healthcare professional regarding any medical or health-related diagnosis or treatment options. Information on this blog should not be considered as a substitute for advice from a healthcare professional. The claims made about specific products throughout this blog are not approved to diagnose, treat, cure, or prevent disease.