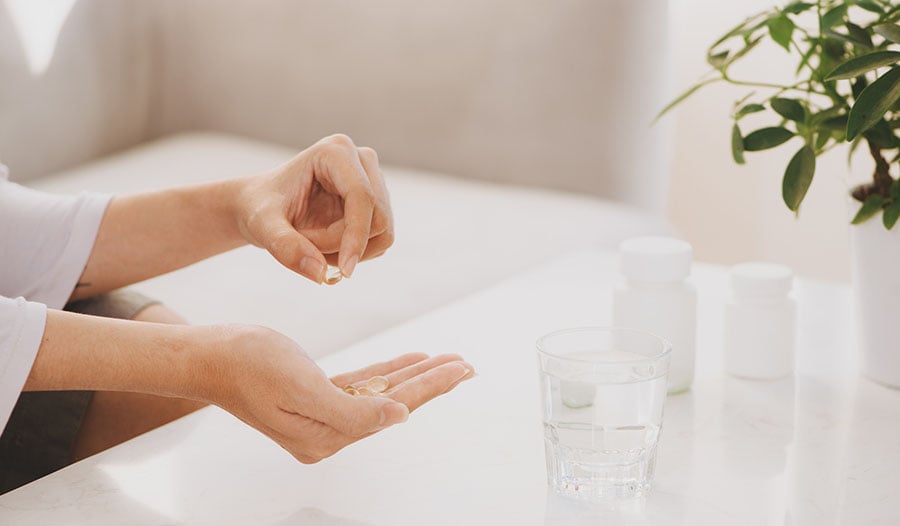 Time in the sun provides an array of health benefits, including exposure to vitamin D, while common warm weather activities, like swimming, water skiing, and hiking, can provide benefits to heart and brain health.

In addition to being active, there are certain supplements that can be considered to help optimize health and wellbeing. Some of these supplements are especially important when warmer temperatures cause more people to sweat and lose crucial electrolytes. Maintaining optimal levels of minerals, such as magnesium, calcium and others, is important.

Magnesium is involved in over 350 biochemical reactions. However, many people around the world are deficient. Sweat, certain prescription medications —like diuretic pills for blood pressure or acid reducers — can lower magnesium levels. Persistent alcohol consumption can also lower magnesium. Signs of low magnesium include muscle cramps, eyelid twitches, and sometimes even heart palpitations. Taking a magnesium supplement can be beneficial.

Calcium is one of the most common minerals in the body and on earth. Calcium is responsible for bone and muscle health, including heart muscle contractions. When sufficient calcium is not consumed in the diet, a supplement is often considered. It should be balanced out with magnesium.

In my opinion, everyone should take a quality multivitamin as they help ensure adequate levels of common vitamins and minerals that are frequently deficient, especially in those with a high-stress lifestyle. Further, when traveling, diet is frequently not the healthiest, so a multivitamin helps ensure the recommended daily allowance (RDA), a minimal amount of vitamins and minerals, is being consumed.

Whey protein or pea protein powders are great meal replacements and can be helpful in achieving the desired beach body. Whey protein is also helpful in providing liver and liver detoxification. Whey protein also contains casein, a protein to which some may be sensitive. However, vegetarians and those that simply desire a plant-based alternative, pea protein can be considered.

Rich in omega fatty acids and fiber, chia seeds are a great addition to oatmeal, yogurt, or your favorite drink. When consumed, chia seeds can help with hydration and create a longer-term feeling of fullness. This can be very helpful for weight loss and bowel-movement regulation.

Protecting skin and preventing sunburns is important for many, especially for those with minimal pigment, or melanin, in their skin. Minimizing excessive time in the sun is crucial to prevent sunburns, which in some people, may increase the risk for some skin diseases.

However, ensuring adequate time in the sun is also important to optimize vitamin D levels. It is truly a balancing act.

First, realize that a diet high in fresh fruits and vegetables, which are rich in antioxidants, can be helpful in preventing sunburns. When this is not possible, a green powder should be considered, in addition to the following supplements.

Astaxanthin is a red-orange colored carotenoid found mainly in seafood, such as salmon, shrimp, krill, crustaceans, yeast, and certain algae. It is what gives salmon, crab, and lobster their red color. A 2011 study discussed astaxanthin’s skin-protecting benefits, while a 2013 study also demonstrated this antioxidant ability to help prevent chronic skin disease when taken regularly.  Suggested dose: As directed on the label.

Pine bark extract or pycnogenol helps protect skin while assisting the body to rebuild tissue. Its strong antioxidant power can help protect against ultraviolet sunlight damage when taken orally and when applied topically to the face. Antioxidant properties help protect the collagen and elastic tissue from oxidative damage, the primary cause of skin aging. This oxidative damage is most common during the warmer months when the sun shines most. Suggested dose: Oral supplements, as suggested on the label. Topical pycnogenol applied directly to the skin as indicated on the label.

Nicotinamide plays a significant role in repairing skin damage. A 2017 study showed that regular intake of vitamin B3 reduced risk for developing actinic keratosis, a precursor to chronic skin disease. A 2010 study also supported the benefit of vitamin B3 in skin protection. Please note that some may experience skin flushing when taking vitamin B3. Suggested dose: As directed on the label.

Vitamin D, commonly referred to as vitamin D3, is believed to have numerous health benefits. Studies have shown that those with optimal blood levels of vitamin D have a reduced risk for a number of chronic disorders.

In many places around the world, including my Southern California practice, four in five people are vitamin D deficient. It is well known that sunscreen, which blocks UV-A light, also prevents the skin from producing adequate vitamin D in the presence of sunlight. In a sense, sunscreen is also a vitamin D blocker. For those who require sunscreen to prevent sunburns, a vitamin D supplement, which will help optimize blood levels, should be considered.

Omega-3 fatty acids are believed to not only have heart benefits but, according to studies, may also have anti-skin-disease effects. Omega-3 essential fatty acids consist primarily of eicosapentaenoic acid (EPA) and docosahexaenoic acid (DHA).

A 2014 study in Nutrition Journal showed that the majority of Americans do not consume enough omega-3 essential oils. Others in Europe, Russia, and Asia are also at risk, especially if omega-3 rich foods are rarely eaten. These food sources include fish (mackerel, cod, and salmon are among the richest), chia seeds, flax seeds, hemp seeds, walnuts, and natto.

A 2016 study in the Journal of Clinical Medicine concluded that there was considerable evidence that supplementation with omega-3 fatty acids could help reduce basal cell and squamous cell skin abnormalities (there was no effect on the more dangerous melanoma skin cancer). However, a 2014 study showed that those with higher levels of omega-3 fatty acids had a lower risk for melanoma. More studies are needed. Suggested dose: 1,000 mg up to twice per day.

Vitamin C, ascorbic acid, is one of the most researched vitamins. It’s water soluble, meaning that any excess vitamin consumed will be excreted in urine if it is not necessary. Vitamin C is a potent antioxidant found in many fresh fruits and vegetables, including:

Consuming a diet rich in vitamin C is a good way to optimize this important antioxidant. Vitamin C, when consumed orally, also has many skin benefits. A 2018 study, in which vitamin C supplements were taken by mouth along with collagen protein, showed significant improvement in skin health after only 12 weeks.

In addition, application of topical vitamin C direct to the face and other parts of the body is helpful in protecting the skin against solar damage, according to studies. Suggested oral dose: 500 mg to 1,000 mg twice per day. Topical vitamin C, as directed on the label.

Treatment After a Sunburn

Most people who have a sunburn will end up having their skin peel — this is actually what doctors call a first-degree burn. If you develop swelling and intense blisters, this would be consistent with a second-degree burn. In addition to the above supplements, reducing sun exposure and applying sunscreen protection may also be a useful option to help prevent a burn.

If you do happen to get a sunburn, natural alternatives with the topical aloe vera may be helpful in soothing the symptoms of a painful burn. If you have access to the aloe vera plant, squishing out the jelly that is inside of it and applying it directly to the burn may bring relief. There are commercial formulations available if you do not have access to a plant.

Previous Article
Why SPF Is the Principal Thing to Look for in a Lip Balm
Next Article
How Much Exercise is Too Much for Weight Loss?

While changing seasons can signify an exciting time of year, colder temperatures can also bring health challenges, from the common cold to seasonal depression.

Kids with a poor diet or malabsorption may develop health issues. A doctor lists supplements to consider for overall health including iron and vitamin d.

Magnesium For Your Health and Wellness